Groove Sharpeners - Do they work? 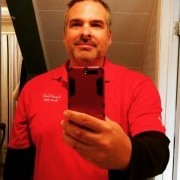 I sharpened my 2009 Vokeys for years to keep them alive. Just went with sm6's this year!   They eventually get to a point where they will shred balls.     Sent from my iPhone using MyGolfSpy

Groove sharpeners work well on forged clubs because when you use them, rust develops in the grooves and from then on, they're easier to gauge out.   A machine shop works best on stainless clubs whic