Let me tell you all a little bit about myself.  I'm that type of guy that normally doesn't win anything.  So you can imagine my shock when I received the message that my name was drawn.  I currently p

Mizuno JPX-EZ Driver and Fairway Wood Review - Stage 2     Here we go with round 2.   I suppose I should say something about my lack of ability on the golf course...it all started back in 2005, I 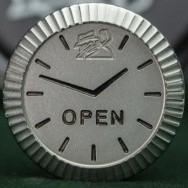 MGS Forum Review Mizuno JPX EZ Driver & 3 Wood       OMG!!! I thought I was dreaming when I first found out that I had been chosen to review these clubs.  When I wake up in the morning I u