Pics from the course

Hi folks.... we love to see your pics!  It makes the forum even more enjoyable.

And we now have a new place to post all of them.... https://forum.mygolfspy.com/gallery/

Please continue to share them on the new gallery!

not sure if this one counts as just after the round but I gotta share the joy. Won a tourney today in dfw with a five over par 77. Forgive me I'm just pumped     Sent from my iPhone using MyGolfSp 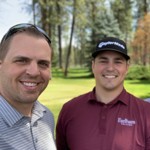