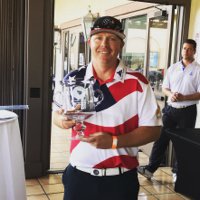 Was thinking about the state of the bag as the summer winds down and I realized that there are a bunch of clubs that I am not interested in swapping out next year. Curious what you have in the bag tha

There's a lot of folks saying they won't change anything.   We need to make sure we revive this thread mid season next year to see who's in denial about being a club ho.     Sent from my iPhone