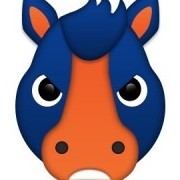 One of my side lines before I got hurt was redoing old steel EZ GO frames. I used to strip the body all the way off and re do and box in the frame. I always double undercoated the finished product. So