So for those of you that don't know, Maltby used to make a HDI iron that was a head of its trend. Right before all the big OEMs started pushing out driving irons/hybrids. It was not popular after its 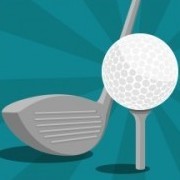 As I mentioned yesterday I received my KE4 FDI today and given the courses are closed I put it through the paces in my garage net hitting foam balls and birdie balls. First impressions are positi