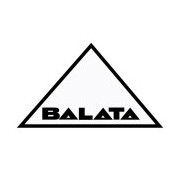 playing 5 years  - if we play this year I'm around a 20 handicap. trying to get a feel for my best bag setup.  Play in Philly/NJ/DE - any where I can get on Been a part of MGS  abo