Why no kick this one off and hope that it ends up being the biggest one! No not a new member but we have to start with someone! 1. I have been golfing most of my life, but only taking it more ser 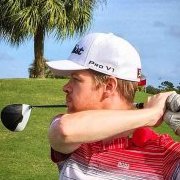 Greetings from icy Finland! I jumped the gun in the Shafts board before introducing myself. But better do it later than not at all, right? 😉  My love affair with the game began in 2013, when

Hello all from Paris, France, I am Marie-Laure, pleased to be a new member of this forum. 🙂 I only started golf a year ago (March 2018), but I immediately fell in love with the game.