Hobby outside of golf

Great to see all these different hobbies. I’m envious of all the different abilities you guys have. Apart from golf I like to play guitar and build things, which naturally lead me to building guitar 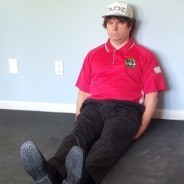 I build snowboards. Myself and a friend own a brand Blak Sheep.  Here are a few of them. There, I made it a solid month+ without bringing it up, but you asked!! Its usually the other way a

I played bagpipes for 7 years. A newborn and some house projects became priority so my free time fell to either boating on the lake or golf. I love everything about the pipe band and the tradition an