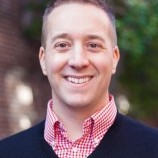 The only thing I tend to shy away from used is wedges as I'm usually looking for fresh grooves.  Depends on the condition though. There are so many club ho golfers out there (myself included) tha

I buy used almost exclusively. I do pay a little extra to buy from places like 2nd Swing instead of EBay, so I can be assured they are authentic clubs. Otherwise, I think as long as you get clubs that

I buy used all the time.   I do my research on configurations that work for me and then try to find them at stores that sell used clubs.