By StrokerAce,
October 11, 2019 in Unofficial Reviews

FITTING NIRVANA The other day I participated in my first full-bag fitting. TrueSpec golf offered an opportunity that doesn't come around too often - a free (450.00 value!) full bag fittin

Well, here's my True Spec fitting result...  no changes for the moment. I know, I know, rather uneventful.  Jason at the Bend Oregon True Spec was simply awesome!!  Very knowledgeable!  We had a 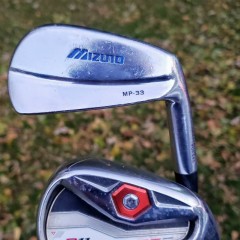 Sneaking in at the last minute I got my fitting in Weds 10/30. Having most of my bag being quite a few years and spent more time practicing and speed training, I felt it would have been largely b