I first wanted to thank everyone who made this happen. I am excited to test these golf balls because I have never used them before. Up until this year my golf purchases have been based on brands/adver 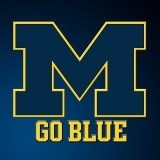