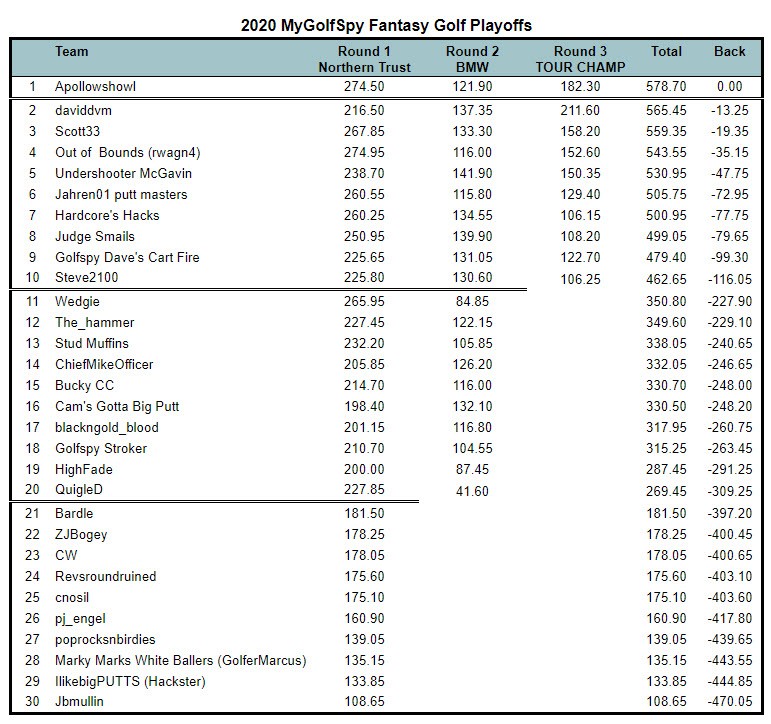 CONGRATULATIONS 2020 MYGOLFSPY FANTASY GOLF CHAMPION APOLLOSHOWL We got everything we could've hoped for in this year's finals. In the end, one stands above the rest. It is with great honor tha

Poll Results, Their Effects on the League, and the Playoff Format Here's a quick rundown of how the polls shook out and how they affect your week-to-week team management.... Draft Date &a

Welcome to Fantasy Golf... in the year 2020! So, you've heard the siren's call and decided that this year is going to be the year you're going to take the forum by storm and earn that lovely MGS