Golf has often had a—shall we say—tense relationship with its tech and innovation. [Irony alert: Nike isn't "playing in the now" anymore.] Be that as it may, there are still extrem 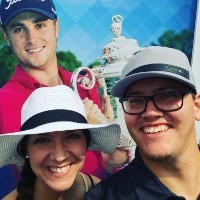 The Review 03/06/2020 SkyCaddie SX400 – Official MGS Forum Review by TR1PTIK Intro As always, I’d like to first thank MGS and SkyGolf for this amazing opportunity!   I’ve been pl

For clarity:  my dad is not a golfer, but he is a hiker--so post church lunch he likes to join me for a walk out on the golf course.  Although I wish he was a golfer (he played many moons ago), it is