Just a quick glance at Golf Discount I saw both the Cobra F8 and F9 and Ping G400 and G400 SFT all at or below $300. I can't say I've ever hit the Cobras, but they have a pretty good reputation here o

Man, if you go with drivers from previous years, almost everything is in-play. G400 Max has been the straightest driver I’ve played in the last few years, but spin was a little high, and I didn’t get 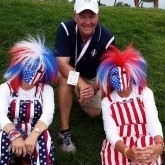 Several come to mind from 2019 1) Cobra F9 (seen it nationally at $249) Great ball speed and good forgiveness. Also with you swing speed, keeping spin down is probably an issue. Cobra spins