Curing the Yips - what has worked for you? 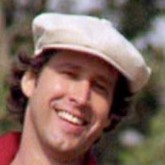