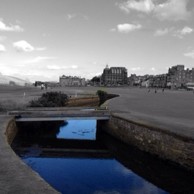 I have  a mevo+ and I have now used it 4 or 5  times. I can give you some pros and cons but I still have a lot to learn and figure out on it. To start I have only used it outside at a driving ran

Mevo + was just delivered to my work. I am charging it and hope to start testing it out tonight! While I plan to test everything I can think of, let me know if there is a specific question at all and

Quick update on my Mevo unit. I took it out to a driving range this weekend and was able to see that the numbers from Short Indoor setting and Outdoor setting matched up pretty close. I noticed the nu