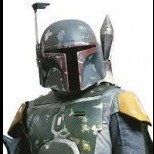 I just traded in my F9 for the pars and stripes SZ Xtreme.  I couldn't turn down the color scheme and the Blue Ventus.  It looks even better in person.  Yardage seems to be pretty similar to F9 but my

I have the regular Speedzone. To be honest I was I went with the Extreme... I now have a Honma TR20 I am testing against my Speedzone and the TR20 with the stock Vizard in X-Flex is outpacing the SZ e