Can't Get Driver Carry Distance Up 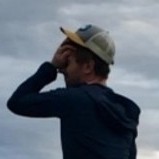 Definitely seems like you're leaving some distance on the table with the big stick.  To better understand the cause, we'd need to know at least your ball speed and spin numbers. If you were able

Equipment talk is irrelevant at this point until we know the remainder of his launch conditions and swing dynamics.

Keep in mind that this is a starting point, that's why it's so important to go to a 'real' fitter. Using the graph as an example, I should be in a senior shaft, note; that was also the recommendation