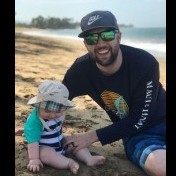 Hey everyone, I’m also pumped to be a first time tester! I have already bought some triple track erc balls and look forward to doing some tests to compare. I chose the Bridgestone Tour B XS with “pine

Hey guys, first time tester here. I’m really looking forward to testing the Align XL balls and putting them in play. I originally asked to put the Snell MTB-X ball in play, but the site only had yello

Plus pineapples are just a ridiculous fruit... oh and I have this outfit to go with it Sent from my iPad using MyGolfSpy