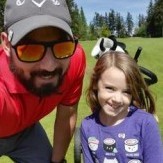 By StrawberryShortCake, July 17 in General Q&A