When should I upgrade from Game Improvement Irons?!? 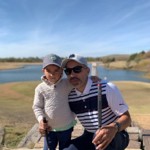