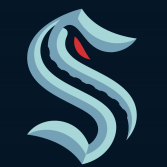 I received my clubs in the mail and wanted to put up a few sneak peeks...

Testing is well underway for the Zelos 7 and so far they are seeming to be what they are billed out to be. Below is a little screenshot comparing 6 irons of the Zelos 7 and the Modus 120. The Zelos 7

Hey everyone, I’m ZMendle10 and I joined the My Golf Spy forums in early September this year. This is my first testing opportunity, and it has been an honor to be selected to test the Nippon N.S. Pro