What is the WORST place to get a fitting? Fitting HORROR Stories? 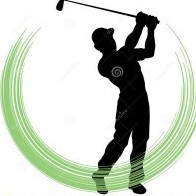 1) That was not the intent at all, and I think you know that. I was pointing out how I, and other posters, assumed you were asking about yourself based on your original post. 2) Asking questions

If you look in the mirror, you will probably see the person to avoid when getting advice on fitting. All too often, we have an over-inflated opinion on our ability (sometimes under-estimation whi

And look what TXG just posted!