Why do people collect putters?

Okay, I guess I finally will pipe up.  As someone that had to build an 8 foot tall rack over the summer to hold all the putters I own I guess some can say I am a collector.  I have all different manuf 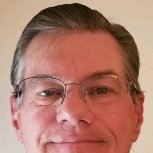 While I dont collect high dollar putters, i do currently own 22 putters (down from 45...ebay is my friend). Why? Because I like putters. One is from my first tournament prize winnings in 1984ish, Ray