How often you replace your Wedges?

By MrBandit,
April 29 in Shiny Metal

I can see your point--- I only carry 2 wedges and my 56 is the workhorse.  And do not think I am one of those guys that hits everything on the sweet spot because I do not. My wedges wear all over the

I'll let you know when I swap them out.  I think I am 6 years in on the current wedges in my bag.  Have tried a few others, but they are pretty old as well. 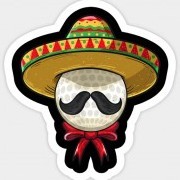 Color me skeptical on the "rounds" part, because  how many time you use your wedge per round? there is rounds I never use my sand wedge or gap wedge, then there is times where I use it almost EVERY ho