By Golfspy_CG2,
May 25 in Official Forum Member Reviews 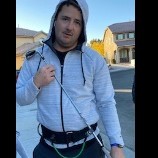