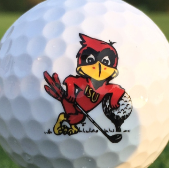 It's a stupid rule - a solution in search of a problem.  I'm not sure what else to say about it.

I love Lou Stagner for pointing-out the idiocy currently centered around golf and the “distance problem”! BOOM. Bobby Jones, 1921!!!!!!!!!!

Be careful you will spin up the human fitness and ability doesn’t increase distance; it is all because of equipment crowd.