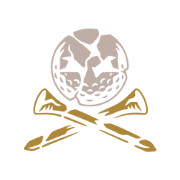 By RoyN,
May 17 in Introduce Yourself/ WIYB (What's In Your Bag)

A lefty I play with carries two drivers, and he switches back and forth all the time, often during a round. Seems nuts, but as long as he stays within the 14 club limit, his choice. Another guy I

Just swapped out a 6 iron for 6 hybrid.  Getting older sucks but I hit the hybrid pretty well so none of my buddies have given me crap about it.