What is the difference betweeen "Players" and "Players Distance" irons? 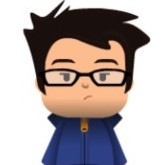