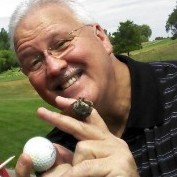 ... Crazy cool right? 2 of my last 3 fittings were very good and the guys enjoyed dialing me in. But the last one scheduled for 1/2hr kept me there a little over 1 hour because I was swinging very wel

... Of course you will just be looking. Just Looking. 🤣