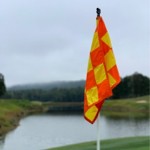 I'm in here!!! It was the first time I have gone to the Masters and damn what a place!     Sent from my iPhone using MyGolfSpy

It's officially Masters week so let's start the trash talking and chatter.    Don't forget we've got 2 more days to enter the official #SpyStaffSlam found HERE so head over and get your team selecte