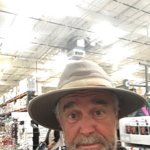 Hi everyone! It's an honor for an old duffer like myself to be a member of such a fine community as this. Ive learned alot since I've been here just reading your posts about golf equipment and about g

Hi fellow Spies! A huge thank you again to both MyGolfSpy and Wilson Golf for giving our team of six testers this opportunity. I’m excited and nervous to share my review of the Ladies Wilson D7 i

Wilson D7 Irons, Stage One:  JohnSmalls (8/21/2019) Hi, I am John!  I live and play most of my golf in upstate South Carolina at Spring Lake Country Club which is just south of Charlotte, NC.