The wonderful thing about golf instruction is that there's a teacher and a style out there that will fit with nearly anyone and everyone. Doesn't matter if it's online or in person. People all respond

Gankas has been quite popular for around 3-4 years now at least. He's getting some accolades because of Wolff, sure, but he's certainly not flavor of the month. He also gets a lot of talk because 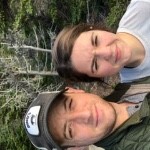 I’m headed out to LA to take two lessons from him in a few months.  I’m not expecting him to work miracles, I just want to feel what he’s talking about and hear his teaching cues in person.  It’s defi