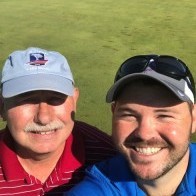 I’d suggest you read up on some of the more recent course strategy models. Data analytics is showing that it is generally better to be longer than to lay back. Look at your dispersion pattern and if

Both of those would be extremely unusual for a 13-handicap, together it borders on statistical impossibility.  Unless your primary forum is at GolfWRX.

If I can retain my current accuracy, from an angular standpoint, I'd take 300 yard drives.  Gaining 50 yards or so would mean much shorter seconds, more greens, better proximity.  And with my current